10 Of My Favourite Watches I Wear -Vintage and Modern

Just above is a picture of 10 of my favourite watches which I wear on a regular basis . They are not all stock watches on the Watches Of Westminster site , they are my personal watches and I thought I would share them with visitors to the web site rather than leave them hidden away.

I’ll start at the top left with one of the most recognisable watches being the Omega Speedmaster Professional ref 145022 76 ST the serial dating it to 1975.

I actually bought this through a wanted ad in Gumtree and for a reasonable price.

It does however have a strange smear slightly fading the left hand side of the script “Omega Speedmaster Professional” and when it arrived one of the pushers was totally seized. Otherwise the Speedie just needed a good service.

The Type B2.861 movement is present and correct and running nicely after its service.

I’ve been wearing the Speedie most of the week and it does sit very well on the wrist as its not a big heavy watch . The Speedmaster is definitely a every fay watch with huge character. Add its history and you have one of the most collectable watches at a affordable price.

Next up is a Pulsar Quartz Chronometer which was a Nato issue watch I believe to the RAF and looking at the serial numbers it was issued in 2008.

As you would expect it keeps perfect time and with its 39mm case it is not too small and not too large.

It times to one tenth of a second but for some reason the minute counter does not reset to zero. Its not a expensive watch and I tend to wear it when Im out and about doing other things not related to watches and which might end up damaging the watch ( I have many other interests ! )

Next up on my list of 10 favourite watches is a particular favourite of mine and whilst I don’t wear it too often ( for reasons that will be obvious ) when I do Its a real treat.

As you will see its a marriage watch that I put together about a year ago . After buying a Omega marriage watch a few years back I thought I would have a go at ” creation “. I had started to buy pocket watch movements on Ebay if I liked the dial.

This to my mind is a very nice silvered dial and with the case it weigss in at a very healthy 47.5mm diameter but you may have noticed by now that there is no crown . Well there is a way round that !

You just need to pop off the crystal back and wind it with a key just like in the old days !

I bought this from a dealer at a good price and I had never seen one before . I actually bought 2 from him and kept this for myself . The Lemania Elvestrom has a long and interesting history and Paul Elvestrom was a Danish yachtsman who won multiple Olympic gold medals and many world titles on top.

There were many different models of this watch including a titanium version and movement was used by Omega. The basis of the design is that on pushing the timer button the five discs turn blue and then every 2 minutes the discs turn red so you have a 10 minute timer.

This is pretty handy when you are bouncing around on the deck of a racing yacht and need a very quick visual reference as to when to tack.

If you want to know more on the timeline of this favourite watch take a look at this link.

The watch contains a unique movement in many ways and its very accurate ( one minute a month i.e. 2 seconds a day ! )

The watch is effectively a electro mechanical device and was the worlds first fully electronic watch ( the mechanical bit being the drive to the hands.

A electronic oscillator turns power on and off to the 2 wound copper coils and these in turn drive the mechanical section of the watch at 360 times per second .

Being very accurate it even found its way to the moon as a cockpit instrument in the Apollo lunar missions ( you would be surprised how many watches actually went into space ! )

This is the space view model which was only actually produced to be displayed in dealers shop fronts but after a lot of customers asked to buy the demonstration watch Bulova then made many versions of the space view and have recently come out with a fascinating new model concept model which is run with a electrostatic motor the power being generated in a similar way to a automatic watch.

The Vintage space view watches can be picked up for between £400 and £1100 and its pretty much up to you which model you go for.

Ive put in the middle of my 10 favourite watches as I’ll wear it for a week and then put it away for about a month .

Im going to put the next five on the next blog !

Posted In: Second Hand Watches, Sell My Watch, Sell my watch during Covid, Watches For Sale

Sell Your Vintage Watches Or Modern Watches During Lockdown

If you want to sell Your Vintage Watches Or Modern Watches during The Covid Lockdown then it could not be any simpler than contacting us.

At Watches Of Westminster we specialise in buying vintage and modern watches from around the world.

If you want to sell your modern or vintage watch simply contact us via the free valuation page or simply give us a call on 07768316371. You can even send us pictures of your watch via Whattsapp or text messaging.

We just need some decent pictures of the watch and any information you have in terms of boxes and papers . It really is that simple, we ensure it is !

Once the sale is agreed we can send you a free postal pack so all you need to do is post the watch to us.

We can pay you on receipt of the watch or via Paypal before you send it. Depending on where you are we can even pick the watch up whilst adhering to the social distancing rules ( permitted by government rules) and pay by any means you prefer.

If you are thinking of changing your modern or vintage watch we can also offer the same service for Part Exchange watches.

Take a look at our website we have over 100 vintage and modern watches for sale and feel free to call us at any time to discuss and modern or vintage watch you want to buy or sell. 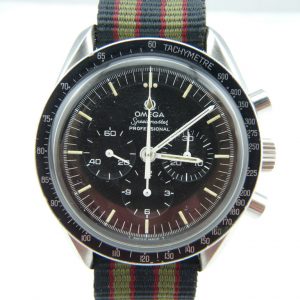 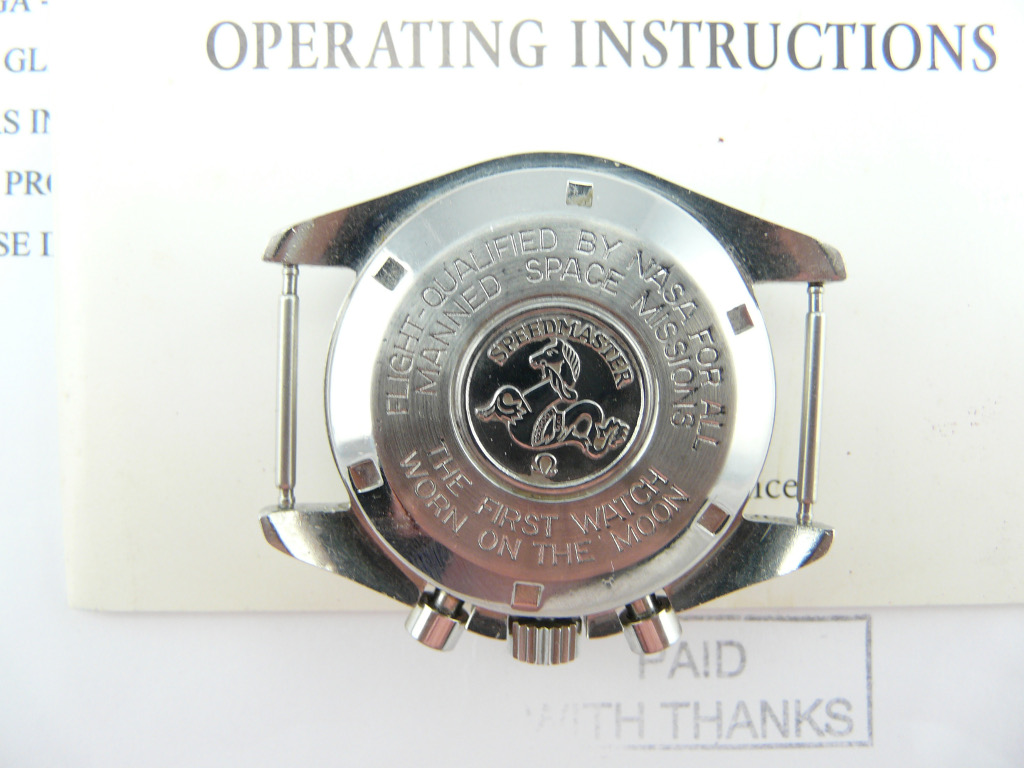 Here at Watches of Westminster, we are passionate about any Vintage Omega Speedmaster especially the 321 pre moon watch. It is often referred to as the “Speedy” and started its life way back in 1957 as part of the Omega “Professional” collection. The idea of the “Speedy” was that it was introduced as a Chronograph for racing and sports. It was an Omega watch that continued the Aura around Omega’s position as the official timekeeper for the Olympic Games. This, at the time, was heralded as a huge achievement.

The story goes that in the early 1960”s, the astronaut’s kept pushing NASA to introduce a Certified and Official timepiece for all space missions.
In order for this watch to be considered for travelling to space and its more important status as the “first watch worn on the Moon”, NASA decided to short list a number of watches. The “Speedy” was on the list and they expressed an interest in testing the watch and made an enquiry to Omega with regard to the Speedmaster 105:003. Omega jumped at this opportunity. 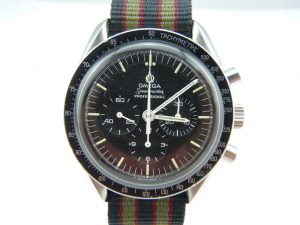 tests, we understand, included for Noise levels, Humidity levels, Temperature levels, Oxygen levels, Shock, Decompression, Quality and obviously time keeping. There are numerous stories on this process and who was involved but the bottom line was that after countless and very methodical testing on the “Speedy” along with a Rolex, Hamilton and Longines-Wittnaur watches in 1964-1965, the “Speedy” was the chosen watch by NASA. This was a huge accolade in the 1960’s but is even greater now.

So the milestone of Vintage Omega Speedmaster happened on July 20th 1969 when the Apollo X1 crew of Neil Armstrong and Buz Aldrin landed on the moon wearing there Speedmasters and the rest is, as you say, history It is now talked of the “Moon watch”.

But for us here at Watches of Westminster, it is not just about the history. The Vintage Omega Speedmaster is a lovely 42mm size which was certainly unusual in the 1960’s along with having the most respected Calibre 321 movement which actually was introduced way back in 1942.

A collaboration between Omega and Lemania, It is regarded as one of the best Chronographs ever produced. But the ultimate accolade for this 1960’s watch is that the modern day version is very similar in style and looks to the “Moonwatch” emphasising the fact that it has lasted the test of time and is a true vintage classic and a watch on the top of most collectors list.